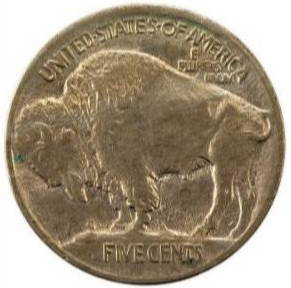 What’s wrong with these lyrics? You may remember them as old-fashioned songs of Americana that have been revitalized by more recent artists like Frank Sinatra, Pete Seeger, Neil Young, and even the Muppets, singing along with John Denver!

What’s wrong is a case of mistaken identity. The buffalo of the songs isn’t a buffalo at all, but a bison, revered symbol of the American West. The true buffaloes are the Old World Cape buffalo of Africa and the water buffalo of Asia. Both bison and buffalo are cloven-hoofed mammals and ruminants (cud chewers) belonging to the Bovinae family, but their physical characteristics vary widely. 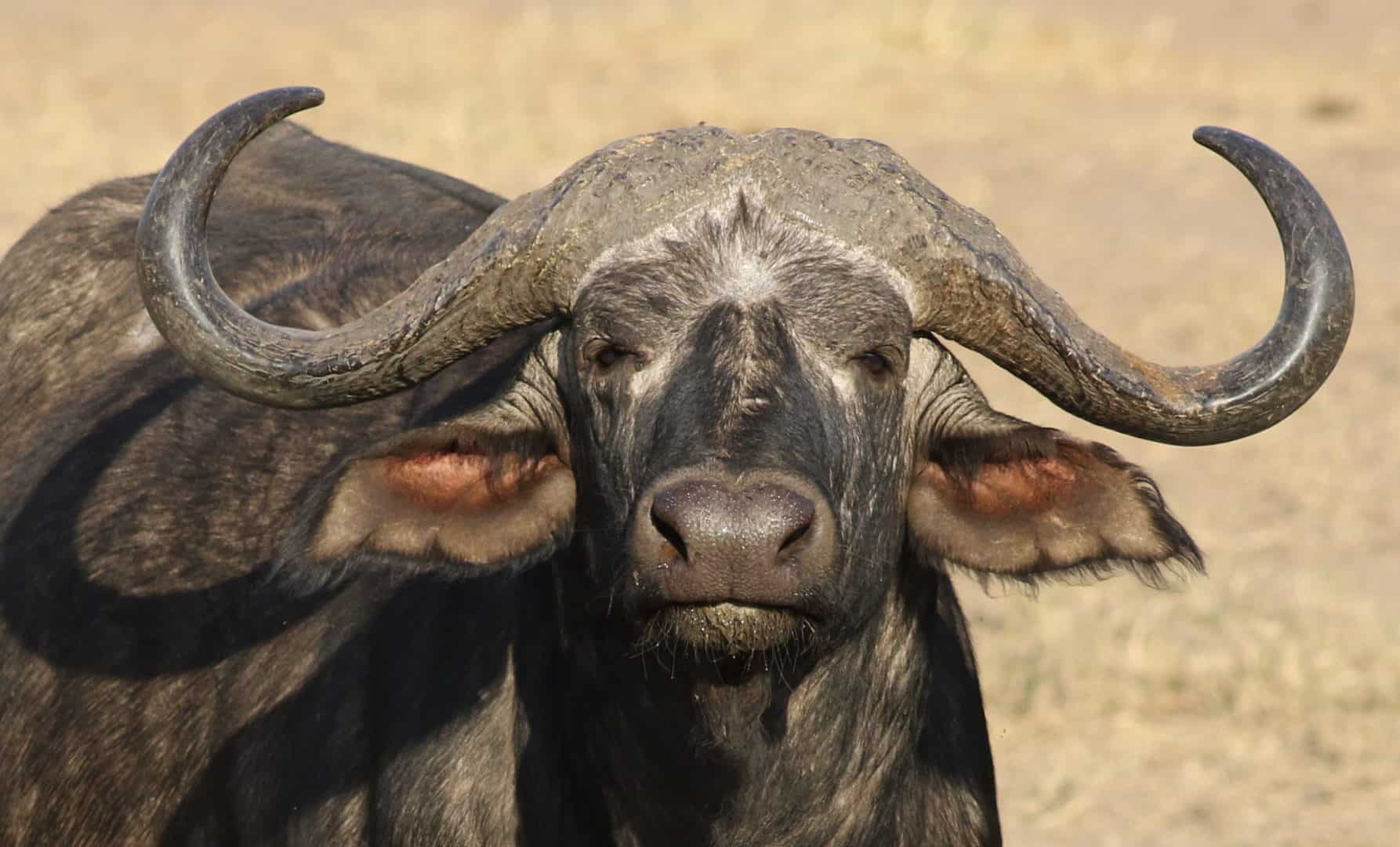 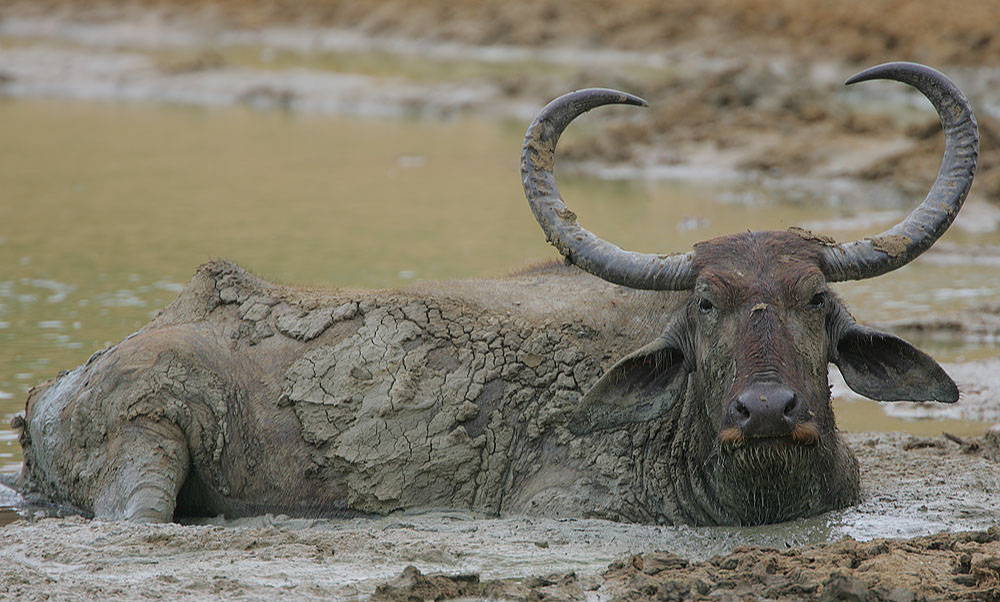 The word buffalo is believed to come from the French word boeuf. French explorers in the New World thought the huge bovines (wild cows) were “beeves” or oxen. Later, the English settlers called them “la buff,” and then, through a series of name changes, arrived at “buffalo.”

While the word is used interchangeably with bison, our own range-roaming ruminant is properly known by its scientific name, Bison bison. There are two sub-species, the wood bison of Alaska and northern Canada, and the plains bison that proliferated by the millions on the Great Plains. The Lakota called it tȟatȟáŋka – tatanka, or “Big Beast.” 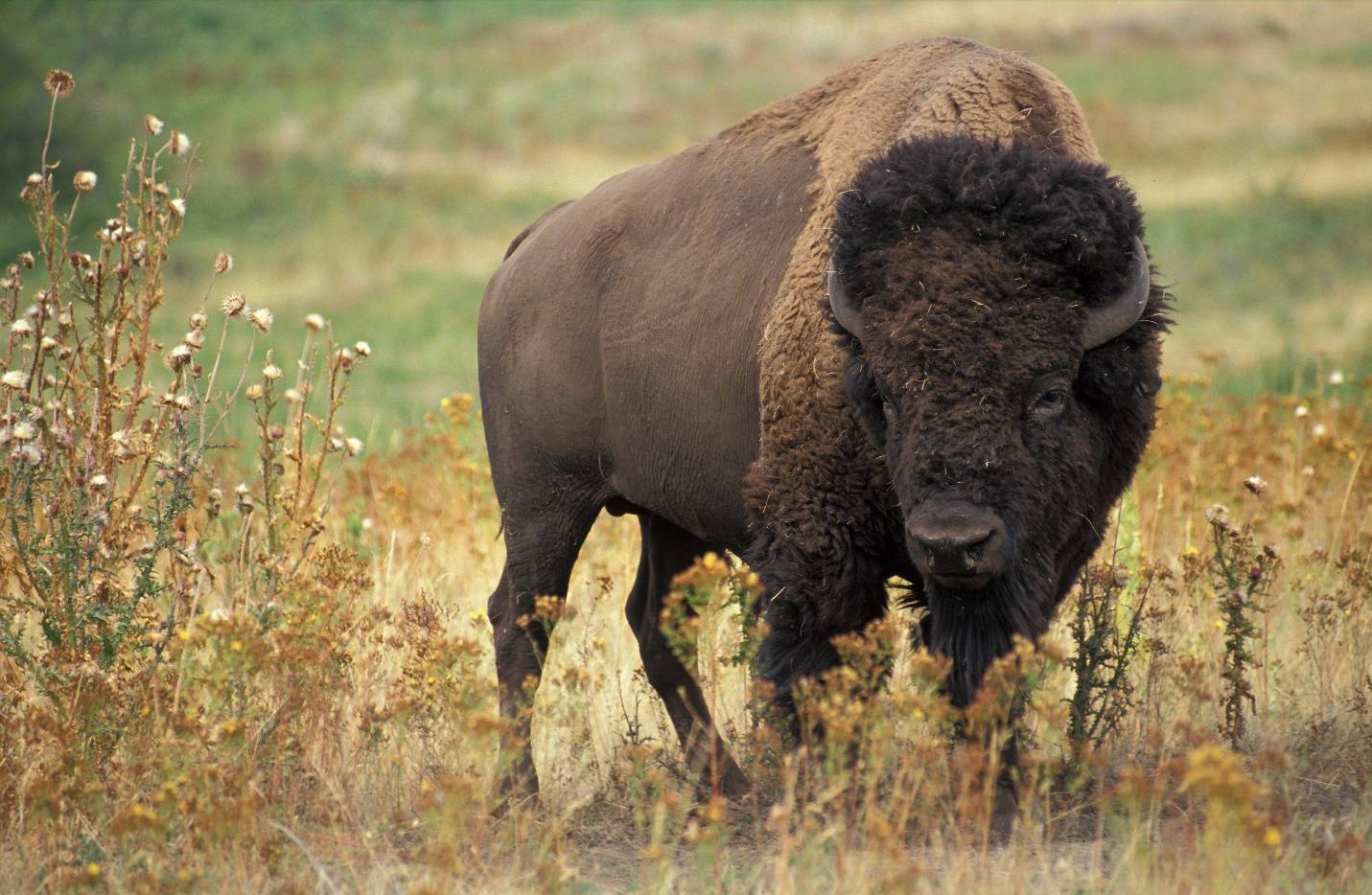 PHYSICAL DIFFERENCES BETWEEN BISON AND BUFFALO

Let’s get this settled for once and all. The bison, which is probably the most misnamed animal in the whole world, deserves to be called by its proper name, and that name ain’t buffalo. Early settlers to the West thought it resembled buffalo from Africa and Asia, so the name buffalo eventually stuck and ended up being on the nickel, in songs, and, most unfortunately, on menus and grocery store shelves. Just take a look at the physical characteristics of bison, Cape and water buffalo, and while they’re all bovines, you’ll see that they’re continents apart in their builds, beards, horns and other features.

1. With its big hump of muscle and huge head, the bison is the Mack truck of the animal kingdom. The Cape buffalo and water buffalo, with smaller heads and shoulders that are more proportional to the rest of their bodies, might be considered SUVs.

2. Bison bulls (the males) are longer than Cape and water buffalo. From head to rump, the bulls can grow up to 12 ½ feet and weigh in at 2,200 pounds. The Cape buffalo is around 11 feet and weighs under 2,000 pounds. While the water buffalo at 9 feet is shorter, it’s heavier than the others, weighing as much as 2,650 pounds. Bison are faster than buffalo, too.

3. When it comes to horn size, the water buffalo rules, with its massive, crescent-shaped horns spanning up to six feet in both male and female. The Cape buffalo’s horns sweep outward in the shape of a handlebar mustache, up to three feet or more on the males and are thicker than the female’s. Bison horns are about two feet in both sexes.

4. Harsh winters and hot summers call for a change of coats, and the bison are well-equipped for seasonal changes on the Great Plains. Their heavy, shaggy coats keep them warm in cold weather; these are shed in the summer. The Cape buffalo and the water buffalo have thinner coats of hair which they keep year-round.

5. Bison have beards—long, shabby beards that loop around the ribcage and give insulation from the cold. The two buffalo from milder climates are beardless.

HOW DOES THIS AFFECT THE BISON INDUSTRY?

A major hurdle the bison industry is having to overcome due to this discrepancy in terms is product mislabeling. Besides the difference in physical appearance between the American bison, Cape buffalo and water buffalo, there are many other differing factors to take into account:

Due to a lack of labeling legislation for bison, there has been a surge in buffalo imports being labeled in a way that can mislead consumers into thinking they're purchasing American bison. The National Bison Association has been working tirelessly to bring attention to this matter, both for the sake of bison producers as well as its consumers. In the fall of 2019, The Truth in Buffalo Labeling Act was introduced to the Senate.

"U.S. Senators Michael Bennet (D-CO) and John Hoeven (R-ND) announced that they have introduced the Truth in Buffalo Labeling Act, legislation to fix a deceptive labeling issue that is negatively impacting the U.S. bison industry. The legislation would provide the Food and Drug Administration (FDA) with the authority to prohibit water buffalo products from being marketed as 'buffalo.'" 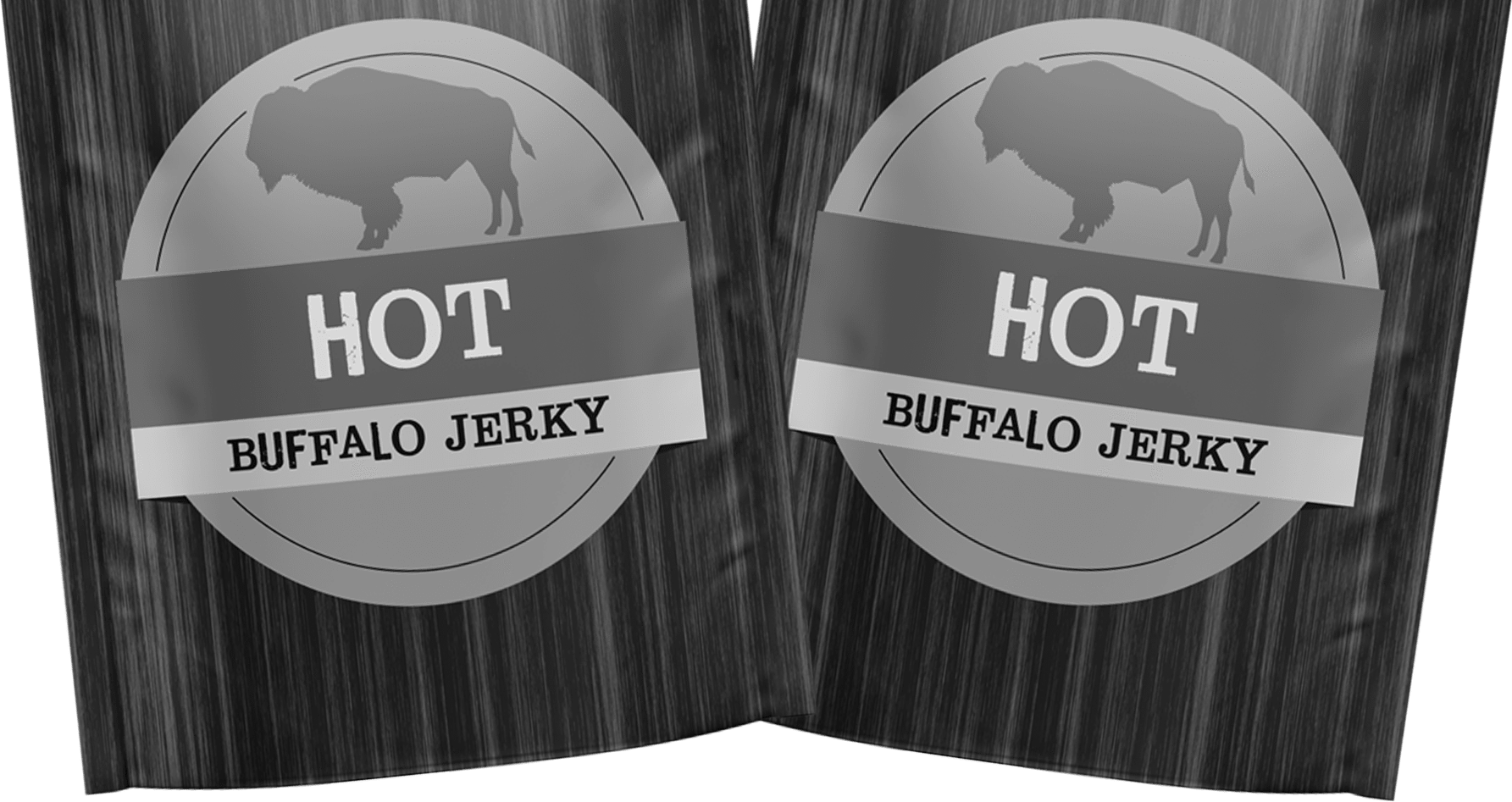 HOW CAN YOU BE AN EDUCATED CONSUMER?

Until the legislation is passed and stricter rules are put in place to address the mislabeling concerns, we strive to educate on the matter as thoroughly as possible since the effects expand past the industry producers and end up in your shopping cart. Here are our recommended steps for knowing before you buy:

1) Ask your butcher. They are very knowledgeable, and will know where their meat comes from.

2) Buy American. Since most of the buffalo being sold is imported from overseas, you can be confident that if it's from an American ranch, it is bison.

3) Look at the BACK of the label, on the INGREDIENTS list. If it says "bison", it legally has to be American bison (as that is where the current rules do draw the line). However, if it says "buffalo," based on the information and research provided through the Labeling Act, there is a high possibility that the product included is imported water buffalo.

As you can see by the example above, based on the imagery on the package, you would believe you're buying American bison jerky. But on further inspection, you can see that the ingredients list buffalo. That means you are eating meat from the imported water buffalo below, as opposed to what you are paying for - the American bison (as seen below).   Quite the difference! 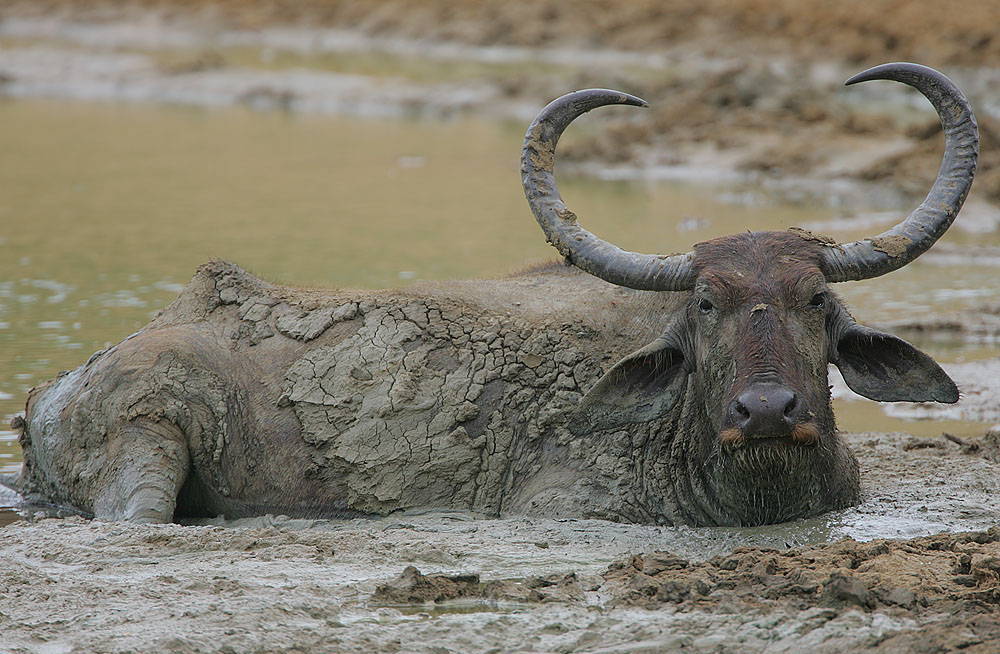 If you're interested in reading more about labeling and bison/buffalo discrepancies, check out the National Bison Association (NBA), a great resource not only for this issue, but also for all things bison! See the articles below for continued information on specifically the Truth in Buffalo Labeling Act: